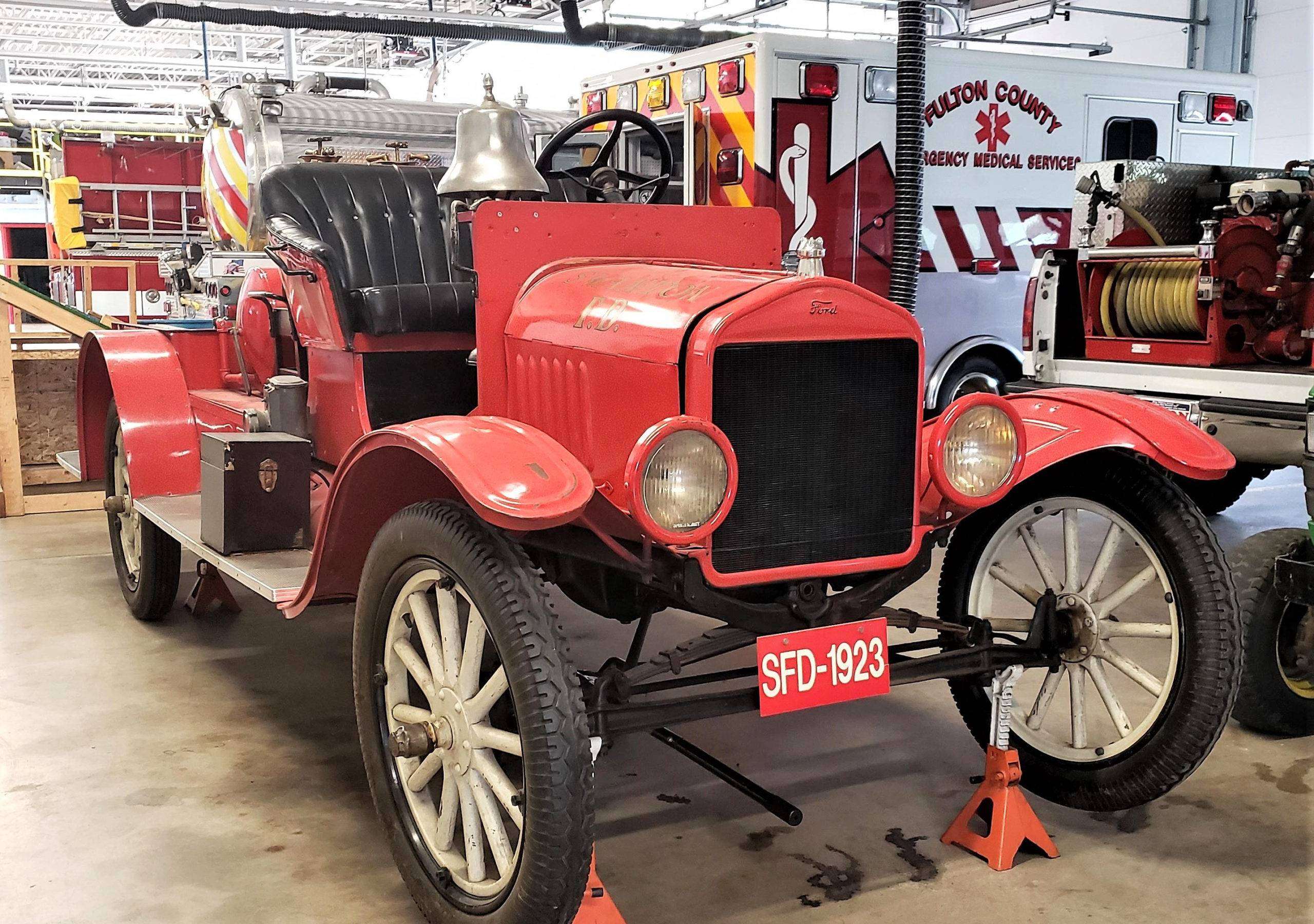 “It is our understanding, from speaking with Mary Smith, that Sauder Village is very interested in the 1923 Model T and will transport, restore, maintain and display it as appropriate.”

“I have fond memories of riding in the 1923 Model T when I was on the Department as a Cadet in 1968-1972. It made many trips on a trailer to be in the Annual Northwest Ohio Volunteer Firemen’s Association Convention Parade,” wrote Mr. Taylor.

Chief Schaffer said his department supports the effort for several reasons. “We just don’t have the resources to get this vehicle back to what is was and Sauder Village does,” he explained. “We’re going to know where its at, a part of Fulton County. We’re cautiously excited for what this donation, not only for what it does for Swanton but for Fulton County and Sauder itself.”

Legal documents will still need to be prepared including the reissuing of long lost the title. Additionally, if sometime in the future, Sauder Village no longer has a use for the Fire Truck, the Village of Swanton will contractually be given the first right of refusal to get it back.

Bill can be reached at publisher@thevillagereporter.com