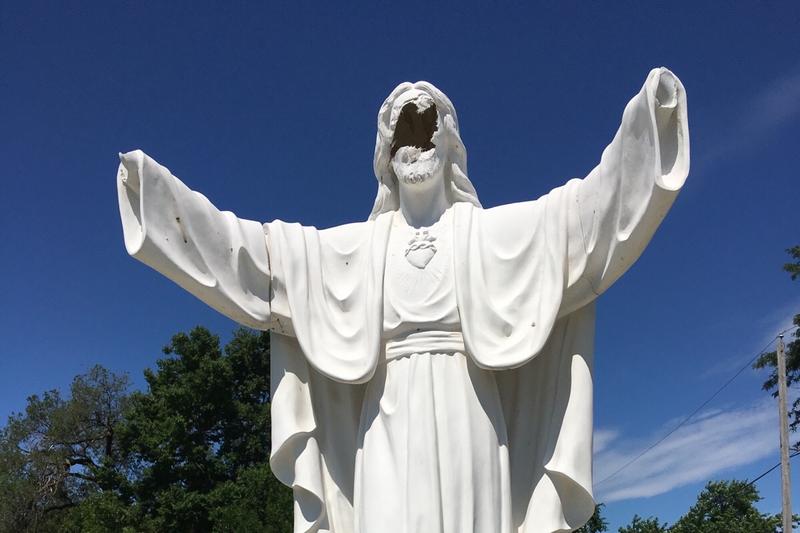 Pictured is a vandalized Jesus statue at Serenity Memorial Park in Peoria’s, Illinois which occurred in 2019. Shaun King would like to see similar statues taken down.

In recent weeks Black Lives Matters protesters have targeted and successfully torn down the statues of Confederate soldiers and any other historical figure they deem to be racist.  King has now encouraged the effort to include religious artifacts, calling for “the statues of the white European” Jesus to be torn down.

“Yes, I think the statues of the white European they claim is Jesus should also come down. They are a form of white supremacy. Always have been. In the Bible, when the family of Jesus wanted to hide, and blend in, guess where they went? EGYPT! Not Denmark. Tear them down,” King tweeted.

King also called for “murals and stained glass windows of white Jesus, and his European mother and their white friends” to be torn down as well. He called them “a gross form” of “white supremacy” that was “created as tools of oppression” and “racist propaganda.”