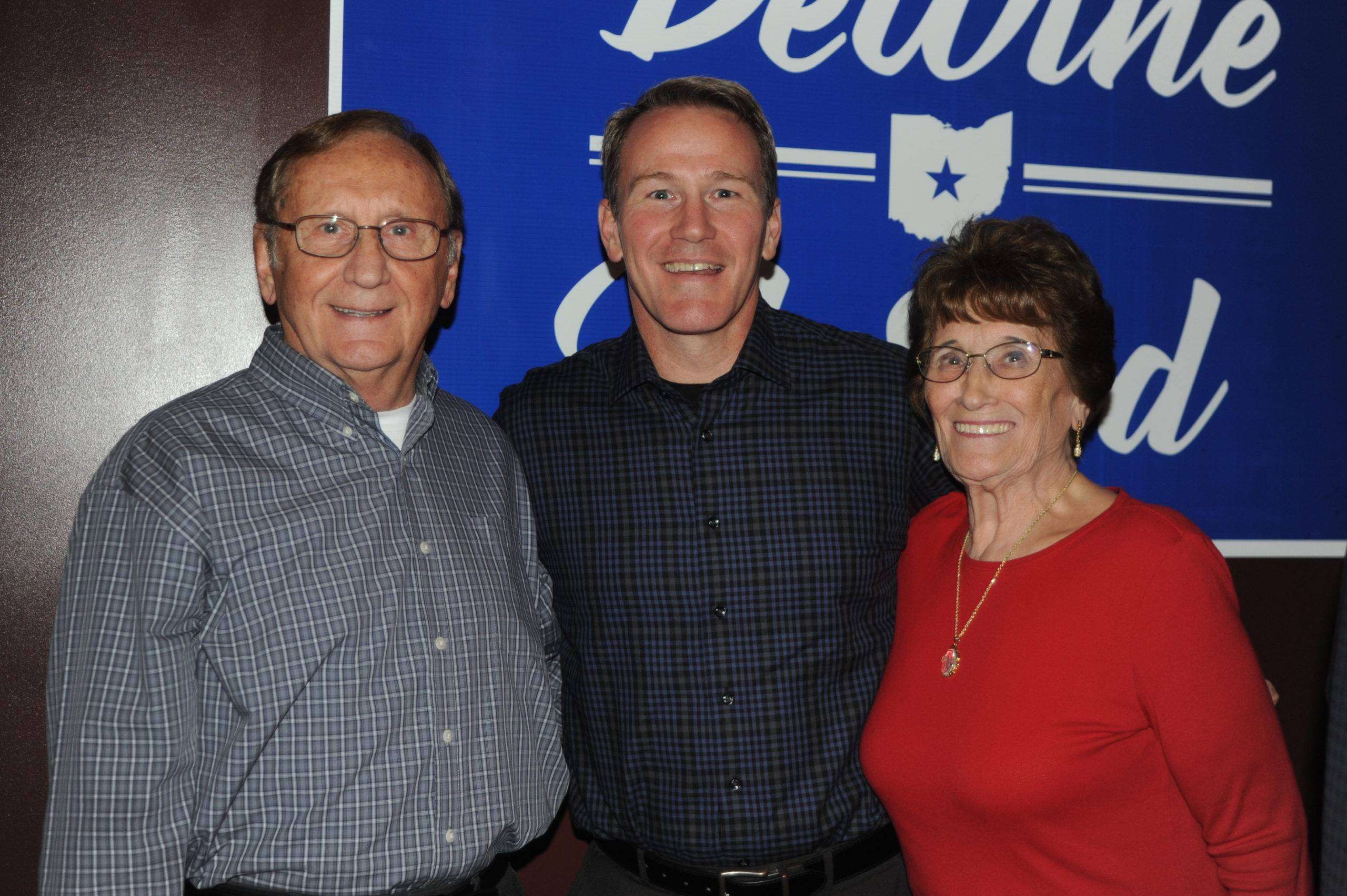 The concept of proudly parading an accomplishment of a local hero across their printed pages is something that small town newspapers across America have done for ages. Some of the oldest references to the newspaper headline, ‘Local Boy Makes Good’, date back well over a century.

While one could easily imagine this recognition being bestowed upon Montpelier’s own Jon Husted, there arises the dilemma of which significant accomplishment to single out. From the halls of the Montpelier Schools, to the halls of the Statehouse in Columbus, Jon Husted has, through hard work and dedication, fashioned a distinguished career of excellence in public service.

While every voter across Northwest Ohio knows that as of the recent midterm elections, he has attained the title of Ohio Lieutenant Governor-elect, not that many know the history of the man who, along with Ohio Governor-elect Mike DeWine, will be leading the State of Ohio for at least the next four years.

While others tout their abilities, Jon Husted has a well-documented track record of successes that all began with the life lessons learned in a house in rural Williams County.

The son of Jim and Judy Husted, Jon grew up with his younger siblings, Jodee and Jeff. “My dad was born in Montpelier,” he said, “…and my mom was born and grew up in Edon. We lived on County Road J when I was growing up. My dad worked at Mohawk Tools before it closed.”

A member of the Montpelier Class of 1985, Husted excelled in the classroom, and on the football field for the Locomotives. It was here that he developed a personal philosophy that he has adhered to ever since. “

Work hard, and never quit,” he said. “You know, if you just work hard and you never quit, you can do anything.” His work ethic, combined with his natural talent, brought him to the University of Dayton. “I was an education major,” Husted recalled.

“I got both my undergraduate and graduate degrees; my graduate degree was in communications. I played football there. I was an All-American defensive back on our 1989 Division III National Championship team.”

“That was a highlight for me and my time in college, and that was a great experience for me because growing up in Montpelier, the competition’s a little stiffer when you go off to college. I learned how to compete.”

“I learned to compete at a higher level, and that was a great experience for me. I always had pretty good self discipline when it came to trying to focus on winning, but I think I refined it when I was at the University of Dayton.”

That 1989 Division-III National Championship team not only went 13-0-1, but in the postseason tournament, the Husted-led Flyer defense allowed a total of only 33 points over the four game span, including pitching a 28-0 shutout against St. John’s (MN) in the semifinal game, and allowing Union (NY) only 7 points in the championship game.

Union came into that contest averaging over 41 points per game in postseason play. Jon and his wife Tina recently celebrated their thirteenth wedding anniversary.

“She’s a small town girl as well,” he said; “…she grew up in Bucyrus. She went to college at Ohio University and ran track there, so we both have at small town athletic backgrounds.”

Jon and Tina are the proud parents of three children, Alex, Katie and Kylie. Together, they have walked down a life path that is very different from what Jon Husted had originally planned…coaching.

“I started to get involved in a Young Republicans Club at the University of Dayton, then eventually volunteered on some political campaigns, and essentially ran a political campaign. And then ultimately, when I was in my early 30s, I ran for state representative, won and represented the Dayton area.”

“Before that, I had worked for the county commissioners there. I was the Vice-President of the Dayton Area Chamber of Commerce, and then decided that instead of trying to get the government officials to do what I wanted them to do, I’d become one.”

Become one he did indeed. “I was part of the first group of legislators that came in under the new term limits rule,” Husted said of his first foray into public service.

“You had eight years, and four years into it the person who was the Speaker of the House at the time was term limited, so there was a big race to see who would succeed that person. I won, and became Speaker of the Ohio House at 37 years old, which was pretty young to have that big job. I had a lot of success there.”

“In my first six months in office you know, we passed the most fiscally conservative budget in over 40 years, passed the largest income tax cut in Ohio history at that time, and really started to turn Ohio in a better direction.”

“I spent two years in the Ohio Senate, also representing the Dayton area, and then decided in the election cycle of 2010 that I would try to run for statewide office, which is a very daunting task. It’s not like my last name is Taft, Brown, or some well-known household name, you know. You’ve got to introduce yourself to the entire state and it was a daunting task, but ultimately we were successful, and then won reelection in 2014.”

That election in 2010 saw Jon Husted winning over Maryellen O’Shaughnessy and Charles Earl for the office of Ohio Secretary of State. Husted has raised the standard of excellence in that office, as well. “I’m finishing up my eighth year as Secretary of State,” he said.

“As Secretary of State, my theme was always to make it easy to vote, and hard to cheat. Most notably, I became so efficient with how I ran my office that the last two years, I haven’t even needed any tax dollars to run my office. We run it completely on fees, and we cut those fees by 21 percent. I have 40 percent fewer people working there than when I started. We made it a much more efficient operation.”

With a smile and a laugh, he added, “The one thing I got growing up Jim Husted’s son in Montpelier, Ohio, was a high degree of fiscal conservatism.” On the evening of November 6, the voters of the State of Ohio elected the team of Mike DeWine and Jon Husted over Richard Cordray and Betty Sutton for the offices of Ohio Governor and Lieutenant Governor.

For a man whose career ambitions once centered around coaching football, this is a huge step forward, but it is a step for which Lieutenant Governor-elect Husted is ready to take. “I plan on working very closely with Mike DeWine to advance an agenda for Ohio that will make us the most prosperous state in the Midwest,” he said.

“My primary role in that will be to lead something called Innovate Ohio, which will help make Ohio a more tech savvy, and a more talented and innovative technology state, and will help try to move Ohio’s people and the economy more effectively into the 21st century. In doing so, I really believe that we will improve the quality of life for everybody in our state, and also save a lot of money for every Ohioan by using technology to make state government more efficient. It’s about it’s about lifting people.”

“It’s about elevating people’s job skills, creating great jobs, and powering Ohio’s economy. That will be my focus.” “Work hard, and never quit.” That personal ethic has followed Lieutenant Governor-elect Jon Husted every step of the way from rural Montpelier, to Columbus.

The successes that he has enjoyed over the years have refined him, but have not changed him. He is still the same hard working man who once prowled the defensive backfield at W.A. Howald Field, and he has not forgotten where his roots lie.

When that day comes, the community that provided the foundation upon which he has built his life will no doubt turn out in force to welcome home the ‘local boy who made good.’