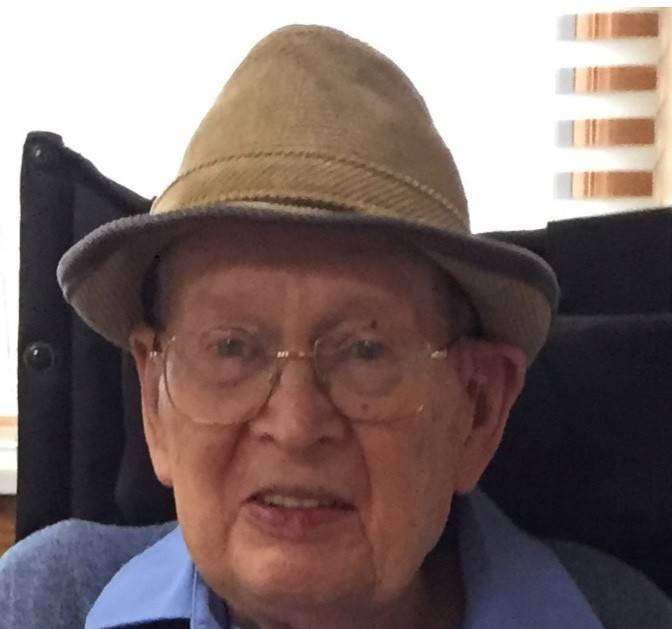 Walter “Loren” Morningstar, age 97, longtime Fayette resident, died January 14, 2020, at Fairlawn Haven in Archbold. He was born on December 10, 1922, in Fulton County, OH, the son of the late Walter and Lena (Marzolf) Morningstar.

He graduated from West Unity Schools in 1942 and later joined the USCG Merchant Marines, serving 11 voyages between South America and Japan. While in port at New York City, he met the love of his life, Eleanor Bacotti. They were married on July 27, 1946.

Loren returned to Fayette with his new bride Eleanor, where they would make their permanent home and raise their family. After sharing 71 years together, she preceded him in death on November 28, 2017.

Loren patented his own dog food brand, Star Dog Food, which he manufactured in Fayette. He and Eleanor co-owned the business along with his sister, Eleanor and brother-in-law, Don Myers.

In 1996, they sold their business, after 47 years, to begin their retirement. They were longtime parishioners of Our Lady of Mercy Catholic Church in Fayette, and later became members of St. Caspar Catholic Parish in Wauseon.

A true lover of dogs, he spent time training them to race and swim, enjoyed the sport of coon hunting, and was a member of the National Kennel Club.

An advocate for personal health, he kept up to date with the latest health trends, and proudly tended bountiful harvests from his annual vegetable and flowers gardens.

He loved the study of American and World History and was always well-versed in current events and politics. He enjoyed sharing his adventures with his family and friends during his time as a Merchant Marine.

In addition to his parents and wife, he was preceded in death by two sisters, Eleanor Myers and Lorena Babb; a brother, Verl Morningstar; a son-in-law, Benjamin Jarrell, and a great-grandchild, Conner Brady.

The family will receive friends for visitation on Wednesday, January 15, from 3:00 p.m. until 7:00 p.m. at the Eagle Funeral Home in Fayette. A funeral service for Loren will be held on Thursday, January 16th, 2020 at 11:00 a.m. at St. Caspar Catholic Church in Wauseon, with Father Stephen Stanbery officiating. Burial will follow in the St. Caspar Cemetery in Wauseon, with military honors performed by the Fulton County Honor Guard.

Memorial contributions can be made in Loren’s honor to the Fulton County Humane Society or Elara Hospice. Friends can share memories and words of comfort with the family online at www.eaglefuneralhomes.com.