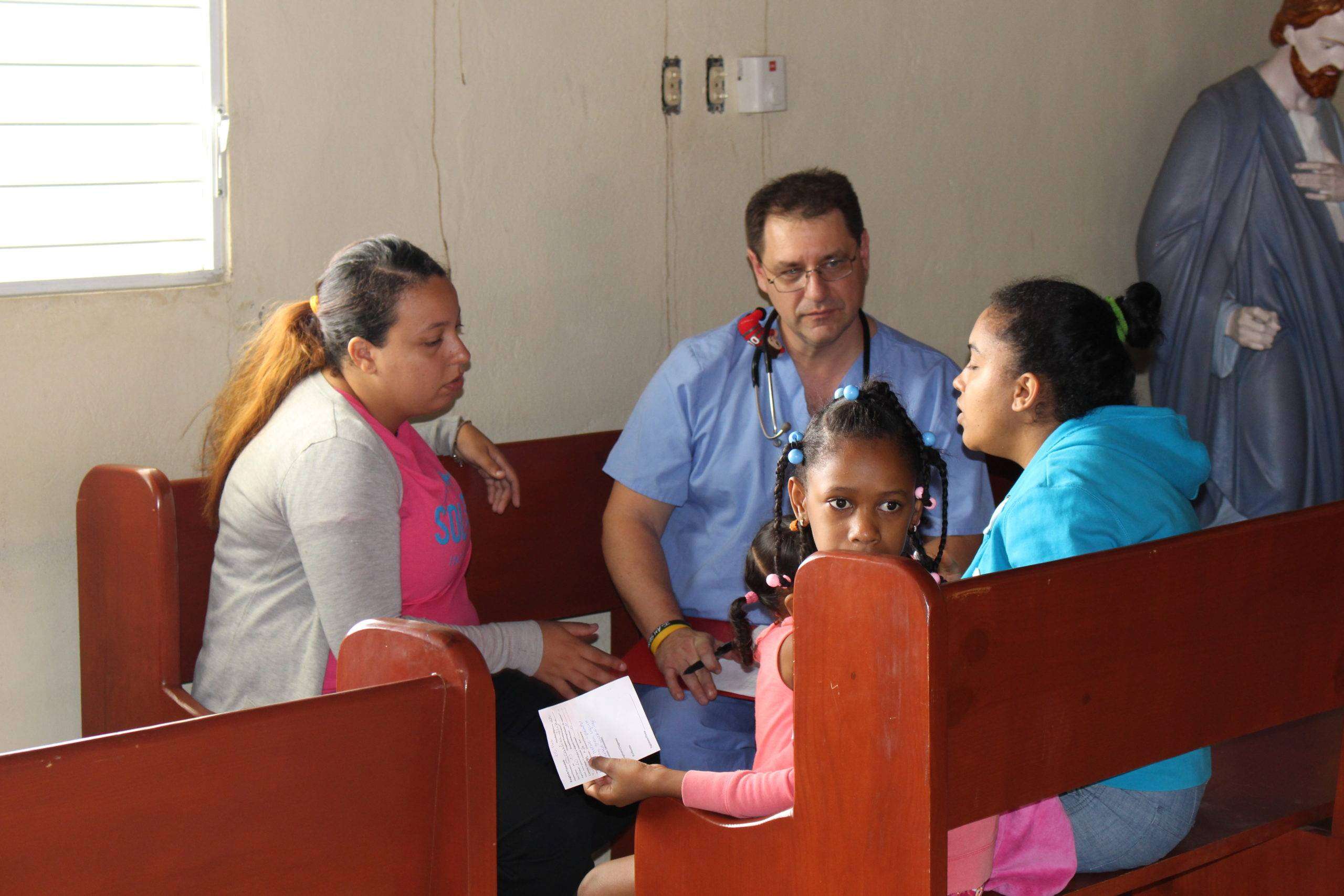 The congregants of the Archbold Evangelical Church are big on service, locally and abroad. When it comes to mission trips, there are more than a few from which to choose, and they often partner up with other mission organizations. Dr. Rick Yoder and his wife Lori have been doing medical missionary work in the Dominican Republic for years, and the Archbold couple recently returned home from yet another trip.

“We went to San Juan and the Dominican Republic,” Lori said. “We were a group of 25. Most everybody was from this area, but not quite. We left on January 6, and returned on the 13th. The purpose of the trip was medical and surgical, and we had some construction.”

Obviously, a medical mission trip has priorities much different than others. As Lori explained, “A surgeon went with us. He did surgeries every day that we were there…a lot of hernias. While he was in surgery, the medical team went out, and we went to a different village each day within a half hour to an hour and a half drive away. We’d hop on a bus that they had for us, and they transported us with all of our supplies out there. We’d set up either in a church in the community or the village, or we’d set up in a school or a community building.”

Once shop was set up and a shingle hung out, they got down to the business of caring for the patients. “There were two physicians and one nurse practitioner that went with us and saw patients,” Lori said. “We set up a triage room where we had nurses triaging people, looking through getting their history, and finding out why they came to see us.”

“From that triage room, they would go in to see the doctor or the nurse practitioner. In each of those spots, we had Dominican staff working with us who were translators, because we were not all fluent in Spanish. We took a big wooden box filled with medications that we brought, and after they saw the physicians, they came to the pharmacy and were given medications.”

“Those medications that we brought with us had been donated, or we have purchased at a low cost. If they were pretty healthy and didn’t need any refills of medications, than we’d give everybody vitamins. We also had toothbrushes and toothpaste for everyone.”

“When they were done at the pharmacy, they were free to go, but typically people would hang around and hang out for the rest of the day until everybody was done and seen. It was just kind of like a big community gathering. Also, we took clothing donations and clothing and shoes. One of the translators who works in the pharmacy, she knew the people, and she knew how to give out donations, so she did that.”

“The organization we went with is Solid Rock International,” Lori said. “They are building a new clinic for the community of San Juan, just down the road from where we were at. There was work to be done on that site, so our construction team worked out there with different things that needed to be done there.”

This is not the first missionary rodeo for the Yoders. In fact, it has practically become a tradition of medical mercy for them. Lori recalled, “Our love for the Dominican Republic started when we were in college.”

“We both went and did a study service trimester while we were in Goshen College, and then my husband, who is a physician, did his last two months rotation of med school at the same clinic with the doctor that’s still there. So he got credit for that.” 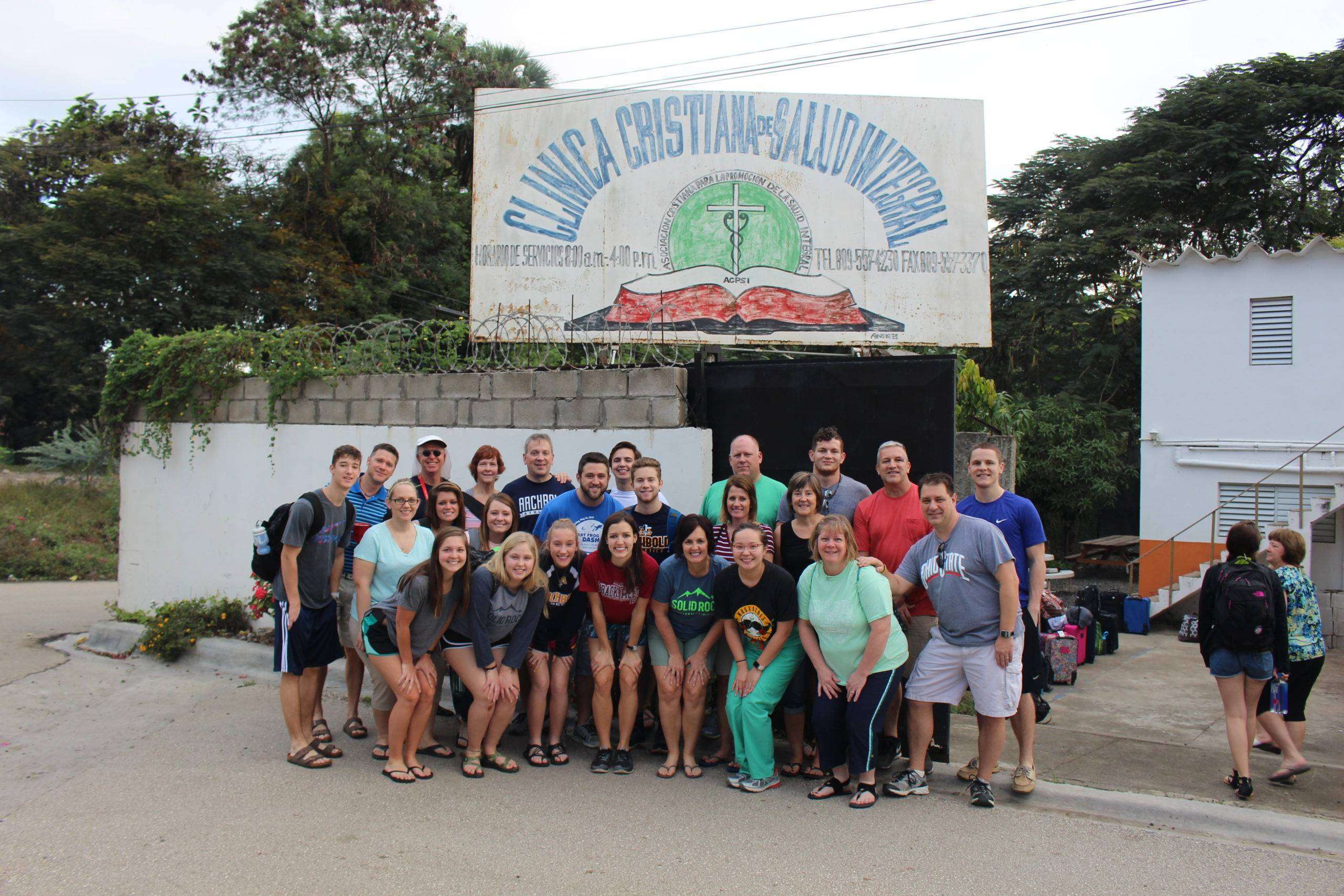 Like any other mission trip, you do not return the same person that you were when you initially departed. Lori has been introspective of this change over the years. “I always go thinking that I’m going to help them so much. I think I’m more changed by them, just seeing people who live at or near the poverty level who don’t have a lot, who are very happy, very content and very thankful that we’re there.”

“Sometimes we don’t feel like we have a lot to offer, but they’re grateful for just for the time spent with them, just taking the time to come and spend a day with them in their village. It’s changed me because I feel like I see things from a different perspective.”

“I think I’m going to help them, but I think that in the process they’ve changed me just as much as, or more than I’ve helped them.” If you have ever considered doing something in the missionary line, Lori encourages you to step up. “They can go onto the Solid Rock website (www.solidrockinternational.org) and there’s a list of groups that are going,” she said.

“They can always try and join a group that’s already there, or like what we had we had signed up for our team. There was a student at Ohio State, and Solid Rock contacted us and said, ‘Hey, this is a pharmacy student, and she’d like to join your group.’ So they can get in touch with Solid Rock depending where they live, and find out when groups are going, when it would work for them, and see if they can join.”

“That’s probably the easiest way. It’s a lot of fun. It’s a great way to meet some different people, and every group that we’ve gone with has been just a little bit different, but every time it just really works out. It’s neat to get to know different people in a different way, and kind of become like family after you spend a week together serving like that.”

The post ARCHBOLD EVANGELICAL CHURCH: Every Mission Trip Is Something New For Old Hands Like Dr. Rick & Lori Yoder appeared first on The Village Reporter.