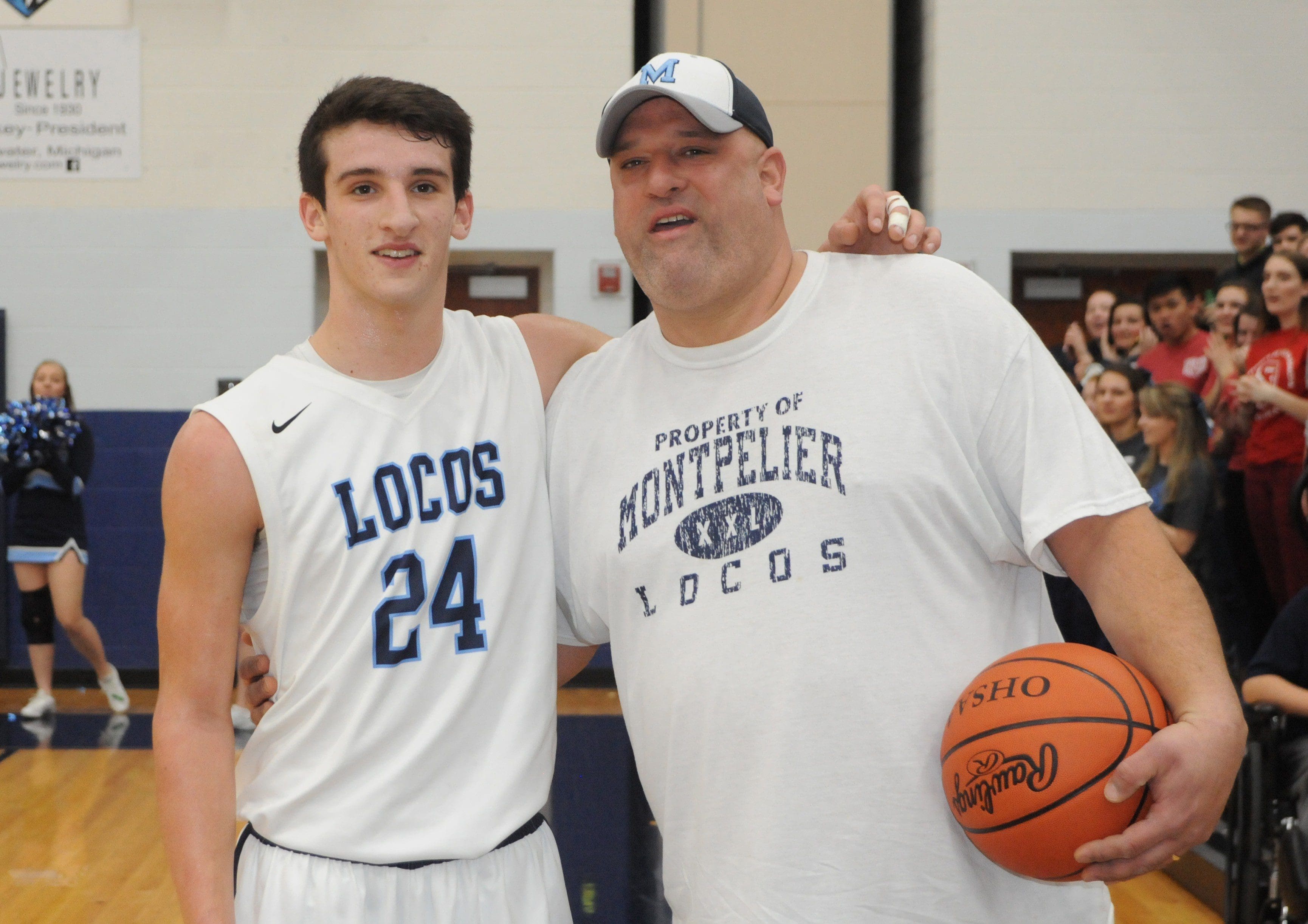 With a baseline jumper in their BBC contest versus Fayette, Montpelier senior Kolden Uribes took his spot at the top of the all-time scoring list for Montpelier basketball.

Uribes entered the game needing ten points to surpass the record of 1,525 points previously set by Hannah Blake back in 2016 and the second quarter bucket accomplished the feat that all in attendance were there to witness. What happened shortly after he broke the record was something that obviously no one anticipated.

With about 30 seconds to go in the first half, Uribes collided with a Fayette player and suffered what appears to be a knee injury. He was helped off the court by the trainer and didn’t return to the game but did come out of the locker room on crutches to cheer on his Locomotive teammates. Uribes now stands at 1,527 points for his career as he had 11 points on the night when he left the game with the injury.

Breaking records is nothing new for the 6’3” guard, during his junior year on February 17th, 2017, he set the then school record for points in a single game as he scored 41 in a win over Edon and it was also the game where he passed 1,000 points for his career. He broke that record earlier this season when he scored 50 points in a game.

This year, Uribes has averaged around 23ppg and 10 rebounds a game as he has been called upon to shoulder more of the scoring load for Montpelier with the graduation of fellow 1,000 points scorer Michael Blake. Despite his expanded scoring role this season, head coach Taylor Muehlfeld said his unselfishness is something that impresses him.

“He’s all about the team, very humble kid”, said Muehlfeld following the record setting game. “Words cannot express what he means to me and the program”, he added. When asked about the injury Muehlfeld commented “He’ll be just as strong from this as if nothing had happened, you can’t control circumstances”.

After the game, Uribes was quick to praise others for his accomplishment. “I told my teammates before the game that tonight wasn’t all about me, I couldn’t do this without my teammates and coaches”, said Uribes. “I approached tonight like any other game, just happy I got the record before the injury happened”.

“I was looking through the stands today and I noticed a lot of people that came. That means a lot. I love the community. They support us very well”, he added.

Uribes is confident he will be playing basketball at the next level, although he’s uncommitted at this time he has received interest from Division III school’s Trine and Bluffton along with Division II Findlay.

Nate may be reached at sports@thevillagereporter.com